Since it was founded in 1994, Fonbet has grown from a company of three to one of the largest players in the Russian betting market; Gone are the days when he used handwritten odds, faxed from Las Vegas, as his primary source of pre-match betting.

Nearly 27 years later , CEO of Fonbet Alexander Paramonov helped us to comprehend the main milestones in the development of a sports betting operator.

The rates in Russia were born "from hand to hand." In the absence of the Internet, all clubs have become bookmakers. This is where the history of Fonbet began.

When the company was founded, Fonbet's first offices were located in a hotel room - no computer, no printer, no copier. In the room were the secretary, one employee and the founder of the company.

The founder was very involved with the company, analyzing matches and discussing possible changes to pre-match odds - in fact, he was responsible for setting the odds for football and hockey matches, while information defining pre-match markets for the NHL and NBA was faxed from his friends from Las Vegas.

Paramonov shared: “In the beginning, we only supported betting on events in the top six European football matches. leagues, including the Russian Premier League, NHL, NBA, Russian hockey and official matches of national teams. "

After adjustments were made, the pre-match odds were printed, printed, copied and sent to the cashier where Fonbet customers could start placing bets. In many cases, players even took a copy home to study it more closely.

After that, the cashiers could accept the bet by writing out a copy of the receipt, giving one sheet to the client and asking him. to check your rate. Only then could money be exchanged.

"Points of acceptance of bets opened at 14:00 because the founder of the company could not prepare everything and finish yesterday's calculations," Paramonov told SBC. “They brought him receipts, watched the matches, found out the results and crossed out the losers.

“The winning coupons were then sent back to the cashiers. Customers returned with their copies of checks, cashiers found matching halves, and bids were settled. "

All bets accepted at bookmakers transferred to floppy disks , and then to the main computer and a common database, where the results of the matches were also entered.

According to Paramonov, it became clear that there is an urgent need for additional statistics and analytics on sports and teams. The biggest challenge was shaping the betting markets for the NBA.

When NBA bets were faxed from the United States, the idea of an NBA robot was born - an idea that would be built on the basis of the company's football robot.

Throughout the history of Fonbet, there have been challenges that have helped take it to the next level and set new trends. In 2014, the Law on Gambling Regulations was amended to mean that people now had to show their passports when placing bets.

Clients' reaction to this measure was negative, Paramonov said, because they did not want to have their passport with them at all times. just in case they want to place a bet.

This new restriction prompted Fonbet to create betting terminals. Customers could use them on their own as soon as the smart card was issued to them. Fonbet was the first to introduce betting terminals on the market. This new format allowed customers to enter bookmakers because the terminals were easy to use and did not require interaction with the cashier.

After the installation of bookmaker terminals, the number of client bets began to grow significantly. Adapting to new times, Fonbet was able to significantly increase his income.

Paramonov concluded: “The betting industry is constantly changing. Bookmaking may be conducted differently than before, with a greater emphasis on technology, but it is more prevalent both in Russia and around the world. One thing that has remained unchanged is Fonbet's commitment to development in order to attract new customers and maintain its leading position in the market. " 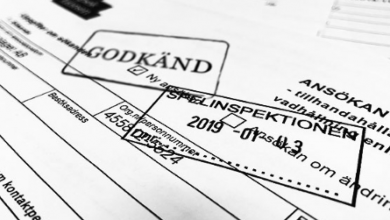 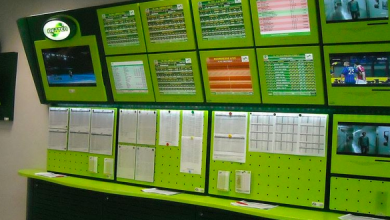 OKTO and Kaizen Gaming link is dedicated to mobile payments